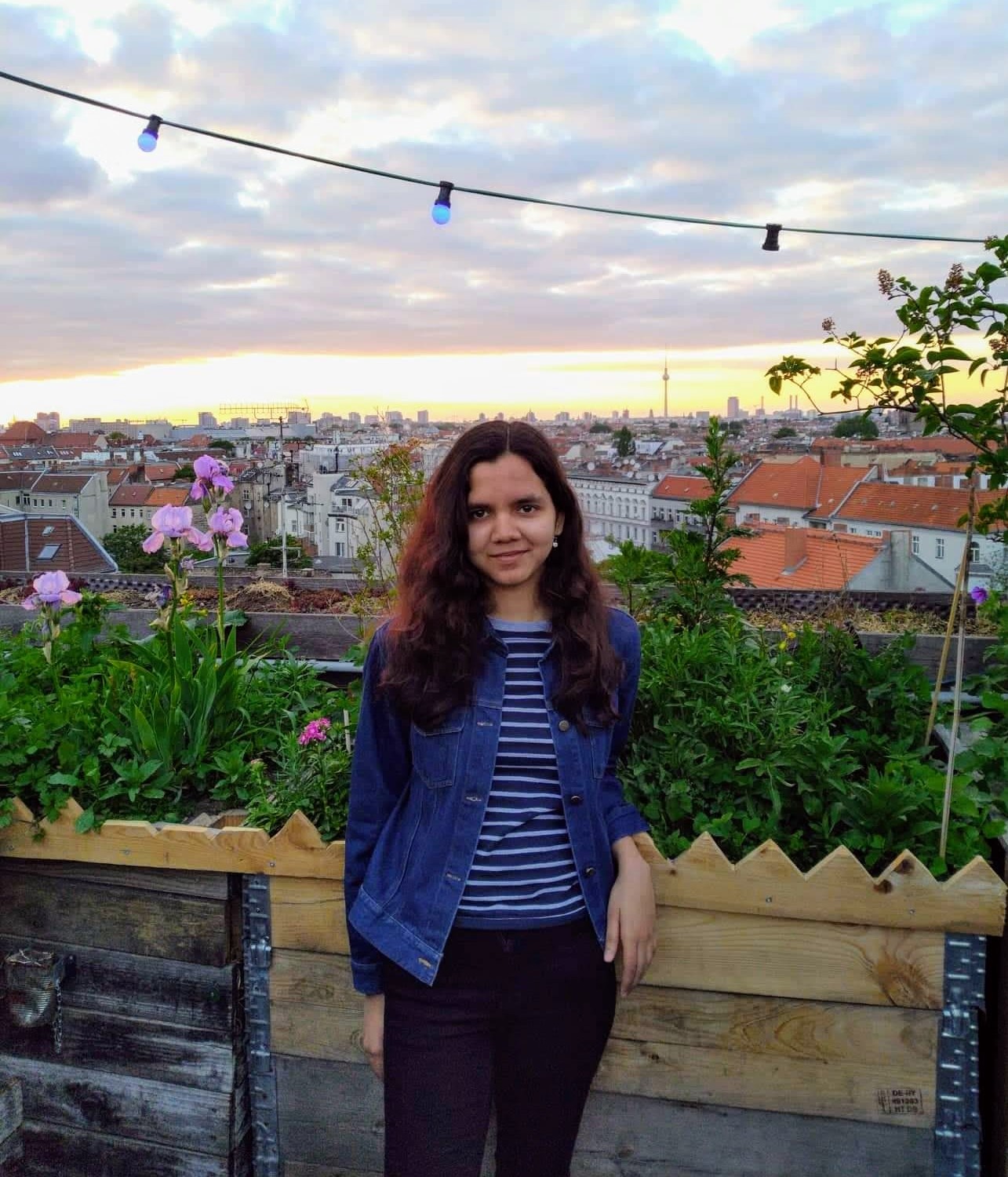 I am currently a final year B.S. Physics student at the Indian Institute of Technology Kanpur. I am interested in quantum optics and astrophysics, particularly in gravitational wave detection. Having done some work in quantum information and optics, I was extremely interested in how LIGO implemented squeezing of light in such a large-scale detector. My project, the LIGO lecture series, and the entire SURF experience taught me a lot about optics and gravitational waves, as well as collaboration in research. Besides Physics, I love to sing and travel.

Squeezed states of light are the key to reducing quantum noise and increasing LIGO’s sensitivity. However, the effective level of squeezing in the interferometer is currently limited by the internal losses caused by apparatus perturbations. This in turn limits the events LIGO can detect. The goal of the project was to optimise the aLIGO design to minimise the quantum decoherence caused by perturbations in the positions and radii of curvatures of the interferometer mirrors. We developed and implemented an algorithm for this optimisation using Finesse, starting with a simplified two-cavity system, and demonstrated that the optimised design showed a significant increase in the effective squeezing level. We are currently in the process of scaling up this optimisation to the full aLIGO interferometer. 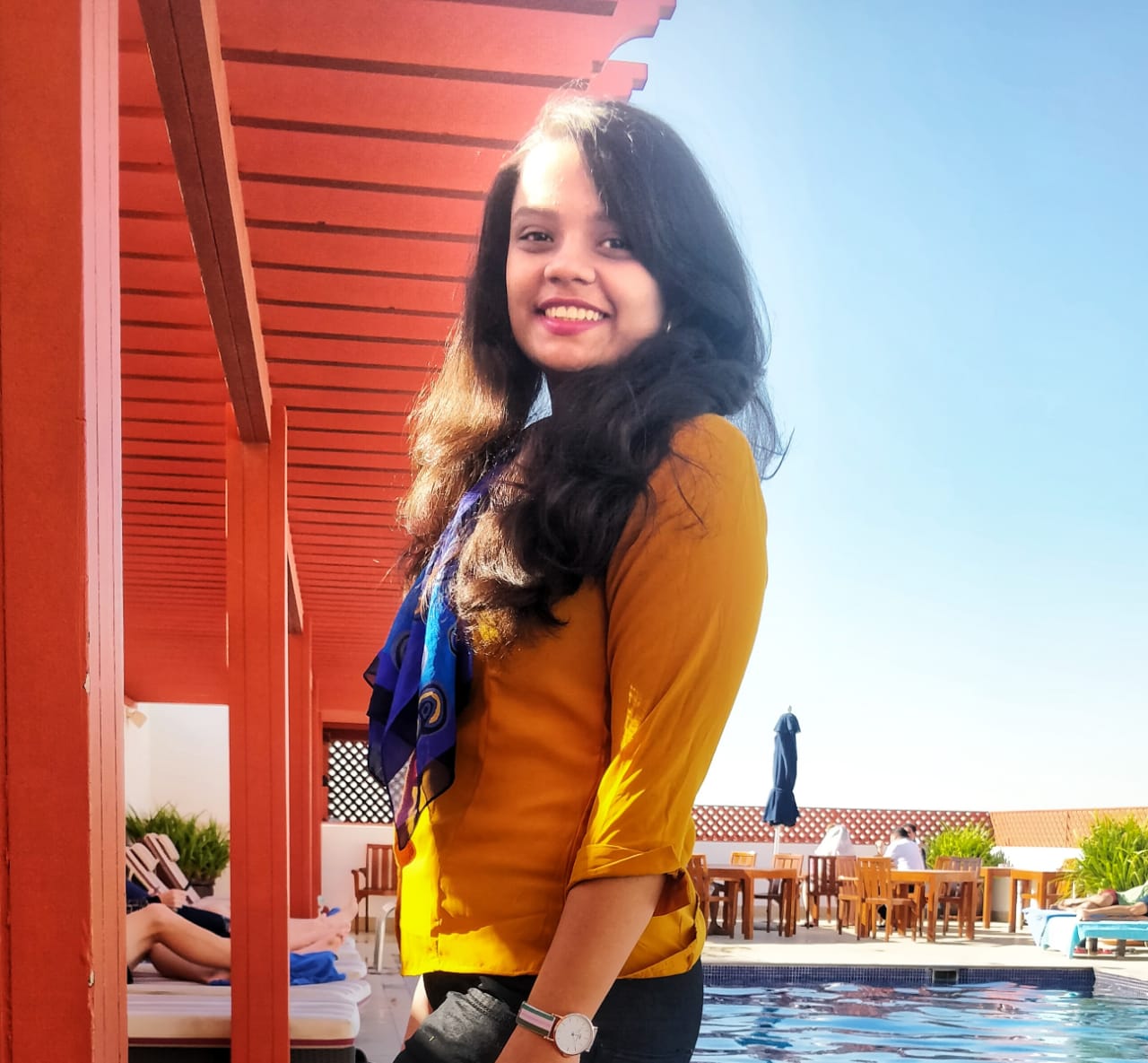 Right from when I started understanding it, astrophysics has never failed to amaze me. The sheer fact that we can detect these utterly weak gravitational fluctuations coming from thousands of lightyears away, always made me curious about the functioning of the framework that makes all of this possible. Thus, this LIGO-SURF internship was a golden opportunity for me. I am currently pursuing my Master's in Physics along with Bachelor's in Mechanical Engineering from BITS Hyderabad. I aspire to continue working in this field, thereby deepening my understanding of physics. This internship enabled me to learn a multitude of new skills and techniques which will really help me in the journey of becoming an astrophysicist one day.

LIGO is one of the most sensitive and accurate laboratories ever created on this planet. Improving this accuracy, however, is a task that has puzzled thousands of scientists for many years. Being a ground-based instrument, seismic noise can be very disruptive for LIGO, leading to many false detections. To be able to localize these noise sources and devise appropriate methods to reduce or nullify this noise, we need to look through a seismic lens! The project's main goal was to create a Seismic Heatmap of the area around the 40-m LIGO prototype. After analyzing multiple datasets of seismic data collected by the three seismometers installed on the prototype, an algorithm was created to trace these signals back to their location using the principle of Time Delay Interferometry and Frequency-Wavenumber analysis. My work mainly involved processing and analyzing actual seismic data, writing a tracing algorithm to localize the source of these seismic signals, and finally integrating and compiling the resultant intensity maps to create the final heatmap. The baseline we used for this seismic radiometer(40 meters) limited the area of our observation. Fortunately, a local source present inside the university campus provided observational simplicity to us. Caltech's Millikan Library is periodically shaken to analyze various seismic propagation parameters on campus, which posed as a perfect source for our experiment. The project concluded with the creation of a few second long clip, which showed seismic intensity variation over time around the prototype.

Astrophysics has given me immense knowledge and joy for as long as I can remember. Thus after graduation, I plan to pursue research in numerical relativity and gravitational wave physics to contribute to this dynamic field. 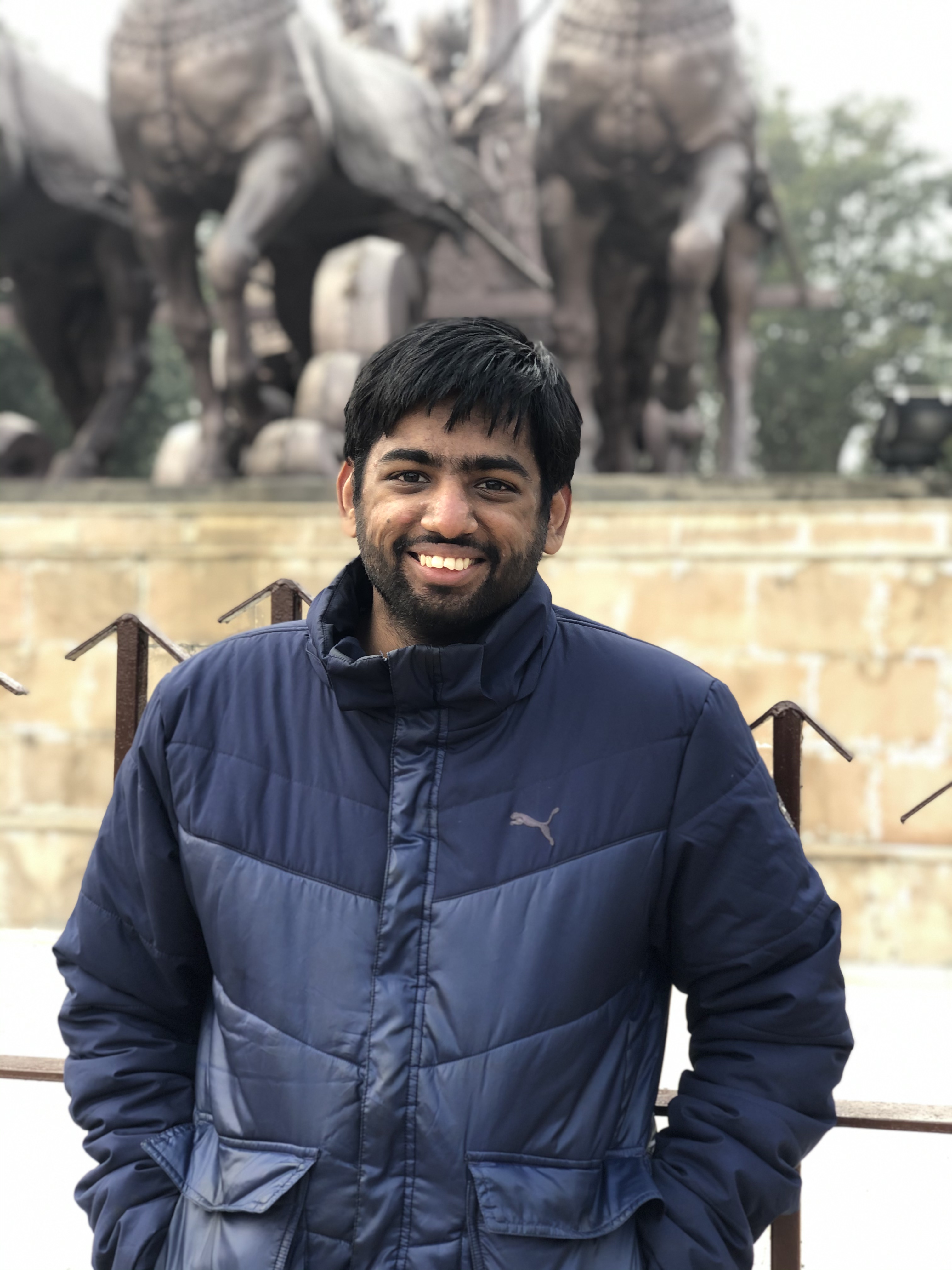 I am currently in the fourth year of the Dual Degree (B.Tech in Engineering Physics and Interdisciplinary M.Tech in Quantum Science & Technology) program at Indian Institute of Technology Madras. I have been interested in astronomy and optics since secondary school and that interest has only grown over the course of my academic experience. I was very eager to work at LIGO because it was the perfect fit for me, having studied and enjoyed courses in both, physics and electrical in my major in Engineering Physics. Working at LIGO during the summer was one of the best experiences I have had. I got to work with some great people and got to learn a lot, for which I am very grateful.

The sensitivity of interferometric gravitational wave observatories is limited in part by thermally induced vibrations. Development of coatings with low thermal noise is important for this purpose. The cryo-Q experiment is aimed at measuring the quality factor of thin film coating materials such as Silicon at 124K, since silicon’s thermal expansion coefficient becomes zero at this temperature. The aim of the project is to design a metamaterial which can mechanically isolate a silicon disk from the environment around its resonant frequency, by acting as a bandstop filter for 1 to 10kHz. Successfully isolating the disk would allow performing high-Q measurements at cryogenic temperature. The need for using a metamaterial, as compared to other isolation techniques (such as gentle nodal suspension) is that it provides temperature control through conduction.

After graduating, I plan to pursue a PhD in experimental physics. I am particularly interested in optics & photonics and quantum technologies. It would be really great if I could get to work at LIGO. 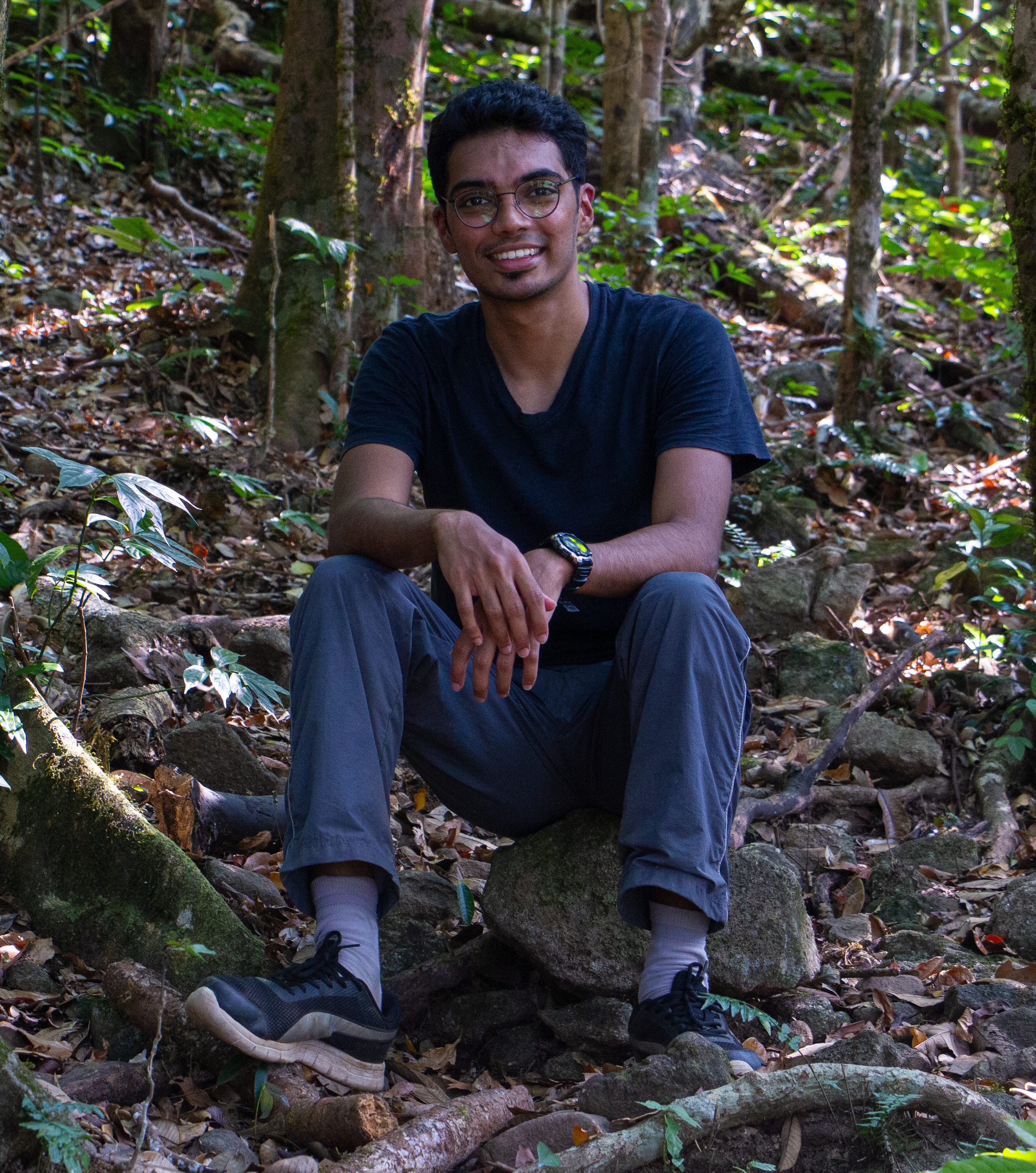 I'm Rushabha B currently a senior at Birla Institute of Science and Technology Pilani. I got introduced to the instrumentation part of astronomy in college and I was instantly fascinated by how such systems are designed and built. Research on this made me come across LIGO and the engineering behind it. I was very much eager to work and understand the systems which made LIGO what it is today. Thanks to the CalTech LIGO SURF programme I got an opportunity to work on this and interact with eminent scientists across the world which have helped me nurture and shape my scientific mindset.

Seismic noise is one of the largest disturbances which limits the LIGO device sensitivity at low frequencies. Hence understanding the sources which cause these disturbances will greatly help us in developing systems that will limit the effect of these disturbances on the overall performance of the device at lower frequencies. To trace out and study these sources Seismometers are used. To get accurate readings from these devices, i.e. data corrupted with least amount of noise, we need to make sure that the temperature of these seismometers is as stable as possible. My project was to develop a temperature control system using an optimal PID controller to control the Pulse Width Modulation (PWM) based heater which supplies power to the seismometer so that a constant temperature was maintained throughout, irrespective of the room temperature fluctuations. The optimal set of PID coefficients was found out by minimising a developed cost function, using the Particle Swarm Optimisation (PSO) algorithm. Our final aim was to see how well the optimal linear controller fairs against the non-linear Neural Network controller when we use Reinforcement Learning (RL) algorithms.

After my graduation, I would like to pursue my graduate studies in Electronics engineering to help in creating and designing such systems.
Expected graduation in 2021